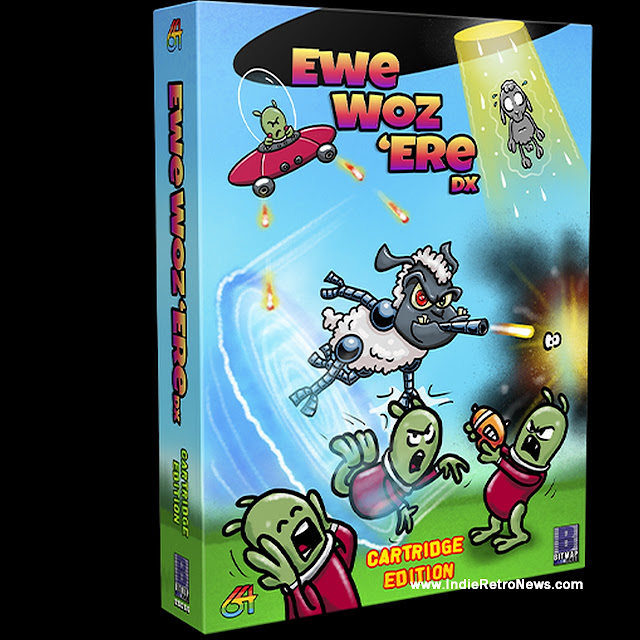 If you're looking for even more great news then you've come to the right place, as trawling through the itch.io website, we've found out that not only can you download and play the digital download version of Design/Chaos new C64 game of 'Ewe Woz 'Ere DX, but you can also buy the cartridge edition through Bitmap Soft. An action packed game in which playing as Baaary: Mutton Command, you must defend the fields from an invasion of Traazkists.

Baaary: Mutton Commando is a cyborg sheep from the distant future who must preserve the future of mutton-kind by defending the fields from an invasion of Traazkists led by the evil combat lizard, Traazk. Armed with a basic plasma spitter, Baaary is teleported into the field where he must destroy meanies and collect charges to prime the gateway and clear the level. The game features, 12 levels across 6 different biomes, 6 different weapons to collect, 45 variations of aliens, destructible terrain, variable gravity, a great soundtrack, 30 sound effects and much much more!