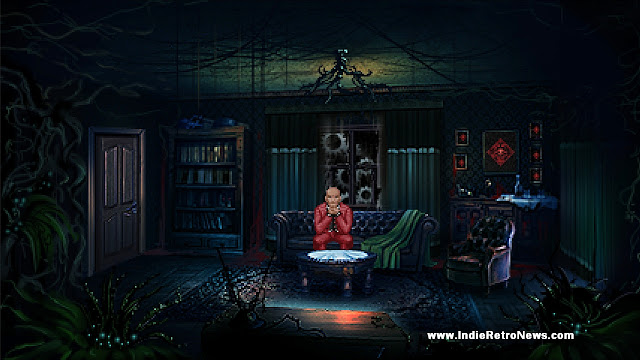 Coming completely out of the blue and one I think I'll be hooked on this week as an Adventure fan, is Clifftop Games retro-ish point and click adventure of ' Kathy Rain : Director's Cut'; an enhanced version of the award winning game which is available for PC, Mac and Linux. As for the story, which every cool adventure game needs, you play as Kathy Rain, as she tries to come to terms with her own troubled past as she investigates the mysterious death of her recently deceased grandfather!

When I first saw the original game back in 2016, my instant thought was this was made by Wadjet Eye Games, as that is their graphical style. But even though the English voice acting is directed by Wadjet Eye Games' Dave Gilbert, the game was actually developed by Clifftop Games, with crisp pixel art graphics, 40+ hand drawn environments and over 4,000 lines of dialogue. Now for 2021 the game features an extended storyline, including a longer and more satisfying ending and 700+ new lines of dialogue with the original cast, several new areas to explore with unique puzzles to solve, Streamlined controls with a single-click mouse interface and controller support and much much more.
Links :1) Steam  2) GOG
at Tuesday, October 26, 2021
Labels: Adventure, GOG, Kathy Rain Director's Cut, LINUX, MAC, PC Gaming, STEAM, WINDOWS