The Shadows of Sergoth - A glorious Amiga Dungeon Crawler via Double Sided Games is finally here! 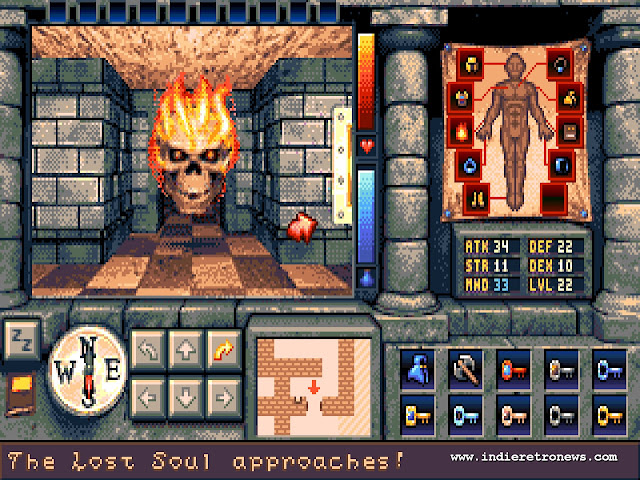 How time flies as it felt like it was only just yesterday that I had the pleasure of playing the high quality dungeon crawler that was released on the Amstrad CPC 6128; An inspiration to all those great first person grid based dungeon crawlers such as Eye of the Beholder or Dungeon Master. Well once again I'm in disbelief, as today after featuring the upcoming Amiga version for so long on Indie Retro News, we have been told by Saberman, that Double Sided Games has finally released the Amiga version of The Shadows of Sergoth much to the excitement of the community! 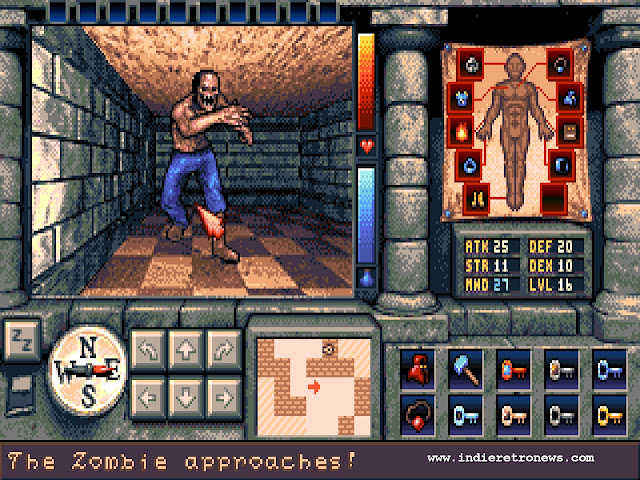 The Shadows of Sergoth was originally announced as being ported over to the Amiga by Colin Vella, Graphics and Sound by Saul Cross and publishing by Double Sided Games with full support of the original Amstrad team. What changed not longer after however, was the fact that not only was Saul Cross no longer doing the graphics working on other projects, but TenShu took over the whole graphics job for the game with the awesome new look including Mike Richmond who did the music. So yes, not only does this game look amazing, but it also features a long list of additions which you can now experience for yourselves. 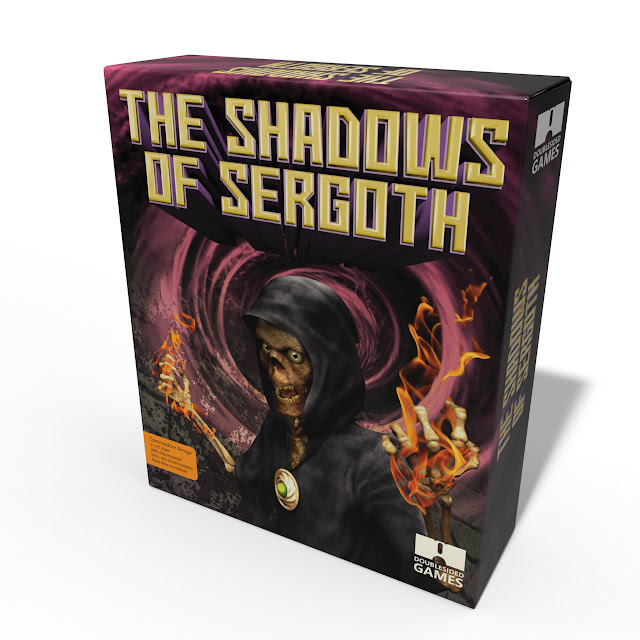 Main features of the game: