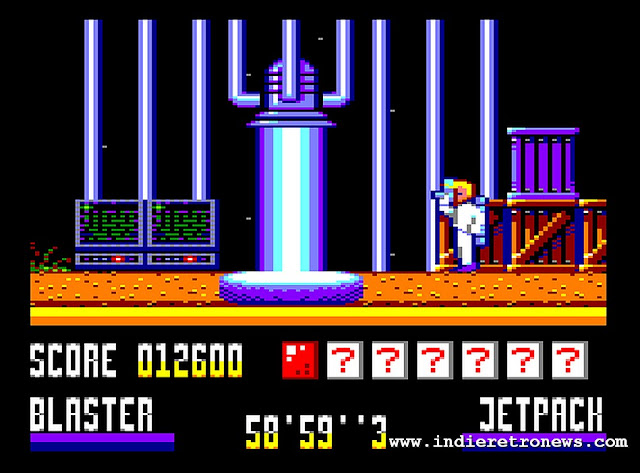 CNGSoft are certainly no slouch when it comes to great Amstrad games, games such as The World Of Hire Hare, Duck Out, FROGALOT, Justin, BB4CPC and The Adventures of Timothy Gunn to name just some of the awesome games they've created. Well thanks to a double heads up today from both Xenomorph and ClassicReplay, we've been told CNGSOFT has released their new game of Wireware; An Amstrad Run 'n Gun, that was created during ten desperate days for the CPCRetroDev competition recycling code and graphics from past projects!

The experimental rocket Wireware 1 has crash-landed on the surface of a hostile satellite. The eight spacemen survived, but seven were captured. The eighth spaceman, after setting the emergency teleport unit up, must rescue his partners before the time of the teleport battery and the energy of their own spacesuits run out. The game features fast paced addictive gameplay, both jetpack and firepower use which does overheat over time, a great soundtrack, multiple enemy types, and a timer to rescue your fellow spacemen!