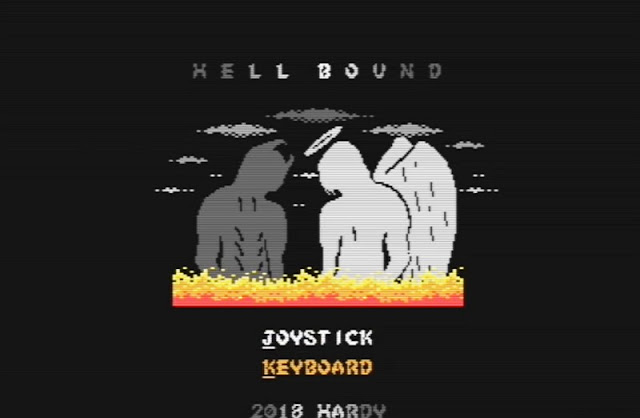 The C64 gets a mention this morning as we've just come across a new video on Facebook showing the very latest footage of a work in progress C64 game called ' Hellbound ', which is in development by Marvin Hardy and may or may not come out this year. This footage gives us a glimpse at the first level of the game which features creepy skulls, nasty hellish beasts and dangerous fiery traps!

As we said before, in this game you play as an angel sent to hell in the guise of a demon to seek out stolen souls trapped in the Abyss. You must traverse every room free the souls, and avoid being killed by other demons or from falling in the fiery pits of hell. If you can shoot and free the poor souls a doorway will open allowing you to enter another even more dangerous area...