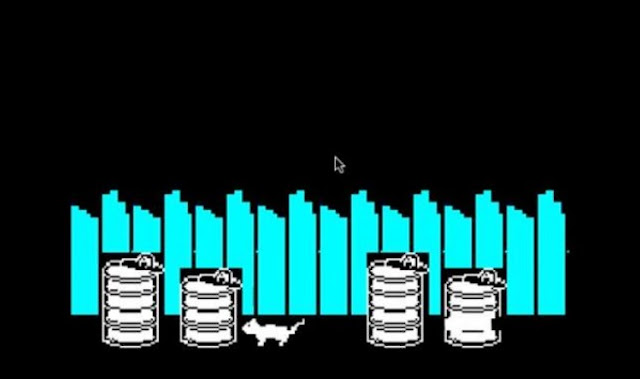 Probably one of the oldest games on our website is Bill Williams and published by Synapse Softwares 'Alley Cat' for the Atari 8bit in 1983 and MS-DOS in 1984. Playing as Freddy the Cat, your objective was to perform challenges such as catching mice in a persons home in order to reach his Cat love, Felicia. For what was a very odd game indeed with Cheese the size of an entire room, and a humorous cat falling behind the fence, Alley Cat is once again being ported over to the ZX Spectrum, but this time by Jordi Sesmero and hopefully for the ZX Dev remake competition.


Currently the ZX Spectrum version of Alley Cat is in a very early stage of development, with no sound nor music being played. Another downer is the fact we also we don't know what happened to the previous ZX Spectrum remake first announced in 2015 by Destr, as that version looked way ahead of this one and was at least playable. So for now watch this space as there's still a long way to go before this one is finishd.