Lancelot's Hangover: The Quest for the Holy Booze - A crazy adventure wishlisted on Steam 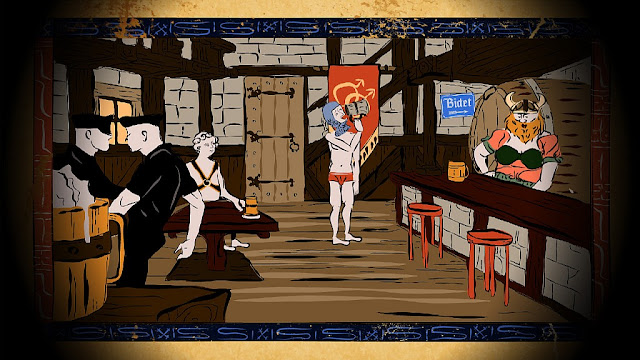 As someone who is a huge fan of the Monty Python series and more especially the movies such as ' Monty Python and the Holy Grail ', it's not often we come across games that are like this with its witty charm, brain teasing humour and foot squashing antics. But that is about to change as after already announcing a kickstarter success, the crazy adventure of Lancelot's Hangover: The Quest for the Holy Booze ' by Jean-Baptiste de Clerfayt is coming to Steam!


Mixing it up with the grandness of Monty Python and the brilliance of Monkey Island, Lancelot's Hangover is all about, as you guessed it Lancelot. This time he's been given a quest to find the holy grail put some booze in it and celebrate the biggest party England has ever known. But not content with just that, the developer has gone all out in its rather humorous story, as the Holy Grail has been hidden in a dangerous place, full of gay men and hairy women, or as he puts it ' FRANCE '.

And that's pretty much all there is to it in Lancelot's Hangover: The Quest for the Holy Booze, oh and apart from the point and click interface, the fantastic Monty Python style graphics, sounds and witty bits and pieces! So while you wait for the game to appear on Steam and hopefully GOG head on over to the Steam page and check out all the cool bits we didn't get to mention!