Nogalious - Multiplatform retro inspired game gets an MSX Trailer prior to its release. 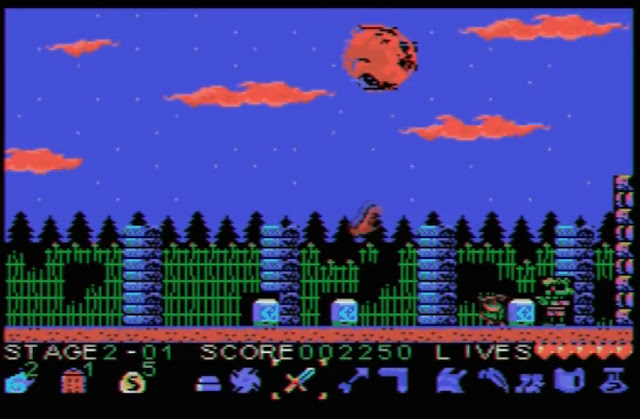 As most of you were made aware by now LUEGOLU3GO STUDIO's had announced their retro inspired platformer game ' Nogalious ', was not only made available via shipping but was also released via Steam for the PC platform, with an upcoming development for the Amstrad, C64, ZX Spectrum and MSX. Well if you weren't interested in the PC version, you'll be pleased to know the team behind the game have teased the last video of Nogalious (MSX Cartridge Version) prior to its release and distribution!

Nogalious : The Chronicles with stunning MSX graphics by Toni Gàlvez, is a 2D adventure platformer with multiple universes created pixel by pixel as a vintage adventure inspired by the golden era of 8-bit video games. Along the way you'll be climbing vines, picking up usable items and weapons all the while trying to avoid the rather nasty beasties and bosses that await you throughout the many stages found in Nogalious.