Ultimate Play the Game released many incredible titles in the 80's, games such as Knightlore, Jetpac, Sabre Wulf and Gunfright to name but a few. But today's news is something of a special announcement for fans of Ultimate Play the Game, as their top down arcade adventure game ' Atic Atac ' released in 83, is being remade but this time as an eye candy filled isometric game that will be coming to the ZX Spectrum Next by @9bitcolor and @EricRetro! 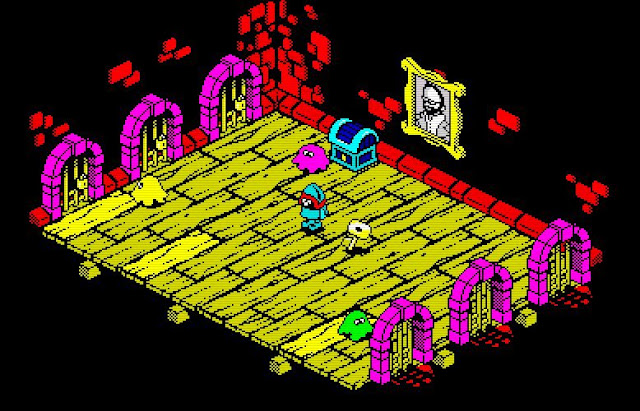 As we said before this game was first shown off some time ago in a tweet related to an isometric engine by Richard Jordan. However fast forward from then, and Atic Atac has since flurished into more than just a sunday afternoon screenshot with pixels plucked from the ZX Spectrum palette and re-arranged by Craig Stevenson to really stand out as a much higher quality isometric title! So look out for this one as after you've seen the tweets below I think you'll agree this is one conversion many can't wait to get their hands on!