The ZX Spectrum is doing well this month as after previously announcing that a new version of Alley Cat de/remake for the ZX Spectrum was made available. Along comes Booty The Remake to further whet our appetite. Now unlike the previous game which didn't get a ZX Spectrum release, this one did as it was released in 1984 for the Amstrad, Commodore and yes even the Spectrum. What does make it all fresh though is the fact that this is a remake of the original game with some rather nice improvements indeed. 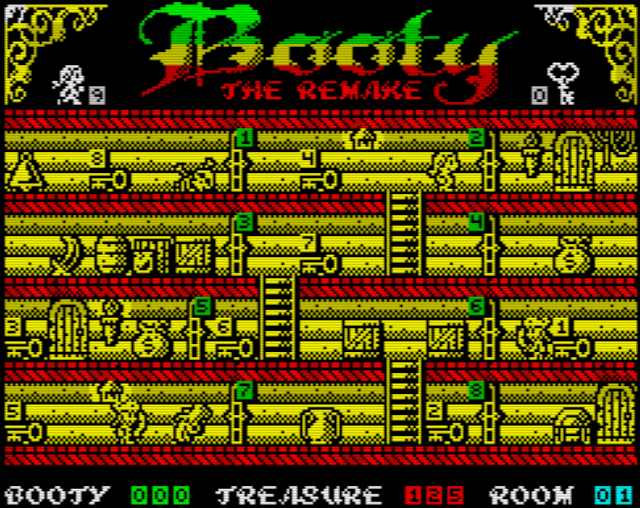 As noted by Salvakantero who has remade this fine game with music by Davidian Music. Booty is a platform game with some strategy that takes place on a pirate ship, in which Jim, the cabin boy, must dodge pirates, rats and even the parrot of the captain to get a booty of 125 valuable objects scattered throughout the ship. In regards to the remake however, he has improved not only the graphics as they were some what simple. But fixed sprite flicker, movement routines, speed improvements, as well as tweaking the mission difficulty and other improvements you'll have to see for yourself