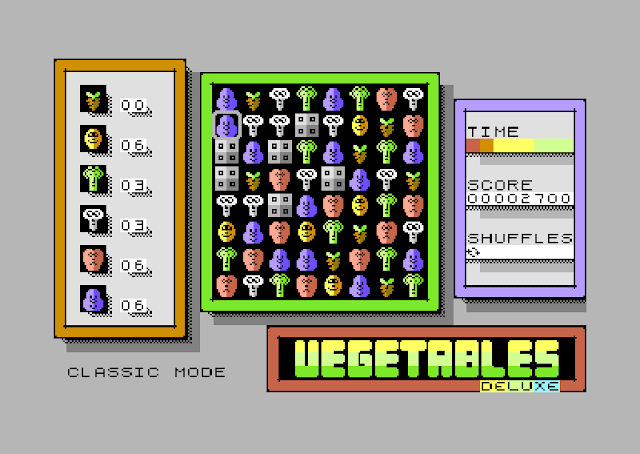 Double Sided Games didn't just announce Winterdane; a first-person rogue type RPG, with randomly generated levels looking like a rather cool dungeon crawler. But they also announced an upcoming game called ' Vegetables Deluxe ', which yes is also coming to the C64. Now if you've heard of this game before, that's because it was previously released as Vegetables, and now thanks to richmondmike, it's getting a rather lovely graphical and UI overhaul! 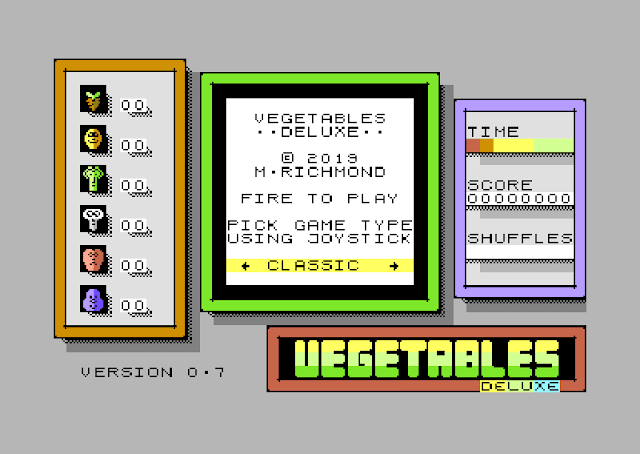 Vegetables by Mike Richmond, is an addictive C64 Match 3 puzzle game originally written for the RGCD 16k Competition 2019, with an objective to basically to swap adjacent shapes to form lines of three or more in a row, with each successful swap giving you an ever higher score! In terms of the deluxe version however, which is likely to keep the enjoyable gameplay intact, will be released via Double Sided Games as a much higher quality game with possibly more features that have yet to be announced.