Grubs - A Worms Clone previewed for the C64! 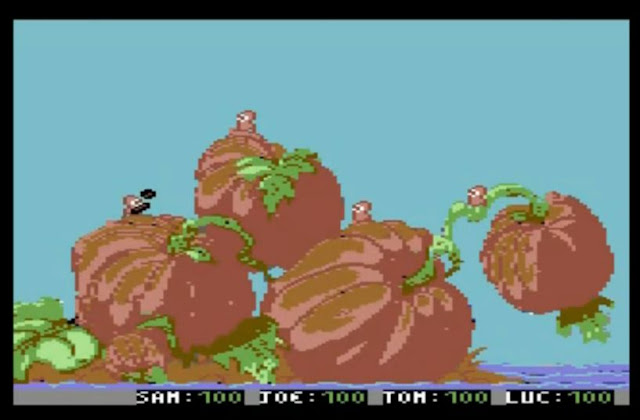 We've been featuring the C64 a lot this month, from games such as The Shadow over Hawksmill and PRECINCT 20 Dead Strange to name but a few. But there's another game that may appeal to a much wider audience with nods to an all time favourite game, and that's Team 17s "Worms" or as the developers are calling it for the C64 'Grubs'; a Worms clone that's available as a preview based around another unreleased game from 2004 called "GrubZ".


Although not as impressive as the other preview version released back in 2004, this homebrew version looks still looks rather nice as an 8-bit game bringing back that Worms game play style. So far from the look of the preview you can only play a single stage, but atleast theres some sort of gameplay there as other grubs can be killed and landscape destroyed.