Rygar AGA - An Amiga conversion of a great Arcade game is nearly here! 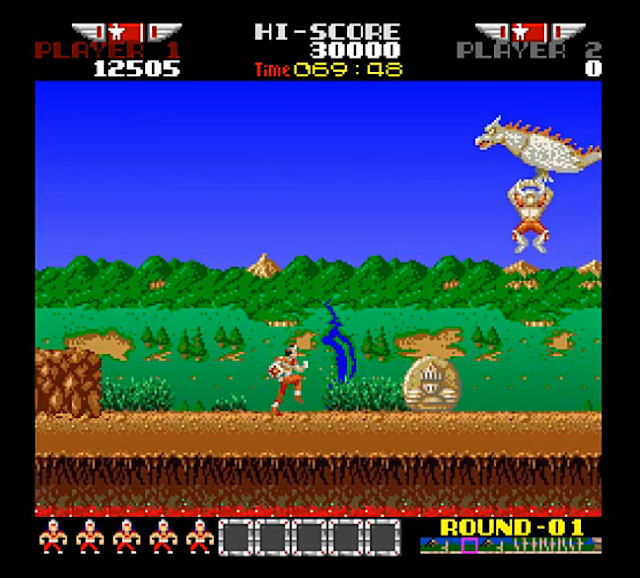 We've been talking about the Amiga AGA conversion of the legendary Rygar game by Tecmo for sometime now, going back as far as when it was first announced last year much to the excitement of the Amiga community. Well after many beta updates and teasers we are here to tell you that not only is the game nearly finished, but it will be released in October at Amiga34 Germany!

Yes indeed from the creator of Bomb Jack Beer Edition (thanks MCGEEZER!), and a team of people such as DJ METUNE, ROSS, PHX, INVENT and DFLRSILVER, comes a new update which shows the game looking better than ever. It doesn't just feature new graphical additions across multiple levels, but smooth gameplay, lots of enemies, powerful weaponry and much much more which makes this game look almost as good as the Arcade version!