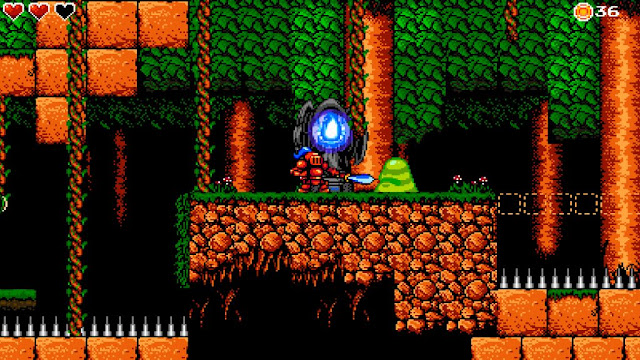 In 2016 Indie Retro News was one of the first sites to give you an updated look at Decemberborn's in development NES inspired 8bit adventure ' Cathedral ', which looks to have the charm of those retro classics while having cool platforming dungeons, unique aesthetics, new items, baddies to fight and puzzles in a world filled with secrets and side-quests. Well that same game has once again appeared in our inbox, but this time with an official announcement that it is now available on GOG and Steam!

I've been keeping an eye on Cathedral for some time now and I'm really glad it has finally made its release for all to enjoy. The game doesn't just feature a persistent world full of towns, secrets and items with 600 incredible rooms to traverse including upgradable items to reach new places. But also seven fully-fledged dungeons filled with puzzles traps and bosses, side quests, special charms for unique combat, and a cool map to plot your progress throughout the world! So if this game interests you, head on over to the GOG or Steam page and play it now.