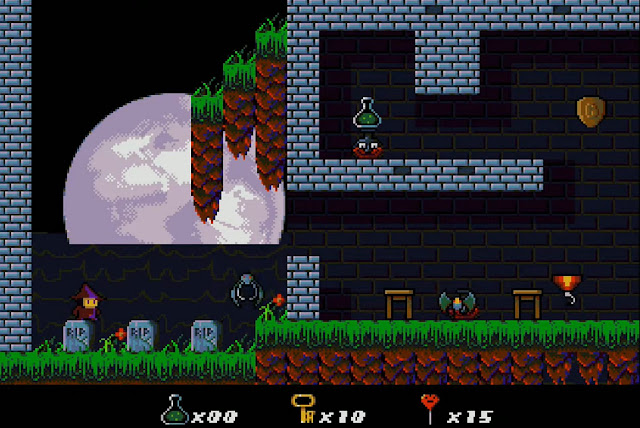 Ladies and Gentlemen, Amiga owners across the globe have we got some great weekend news for you! We've just been told by Eric Majikeyric, that the lovely Arcade Platformer of 'Lala Prologue' is coming to the Commodore Amiga at some point in the near future. Yes that's right! This game that was coded as an inspiration to the great The Mojon Twins game Lala The Magical, which was fantastically playable on the NES, will be coming to the Amiga while requiring just an Amiga OCS with 512KB memory!


Coded by majikeyric, music by Uctumi, graphics by (Na_Th_An) and of course original graphics and game concept by The Mojon Twins. Lala Prologue originally created for the RGCD's C64 16KB Cartridge Gamedev Compo 2019 and released previously for the C64, CPlus/4 and Vic-20 really does look like a fabulous game for every Commodore Amiga owner across the land. It doesn't just have well themed levels, but creepy enemies, deadly spikes, moving platforms, and the need to collect potions and keys spread throughout the game.

The game uses a 32 colors playfield with 2 layers, the second layer is WIP, it is made of sprites multiplexed at the bottom, the moon is a bitmap rendered using the same technique as the game : Flimbo's Quest.