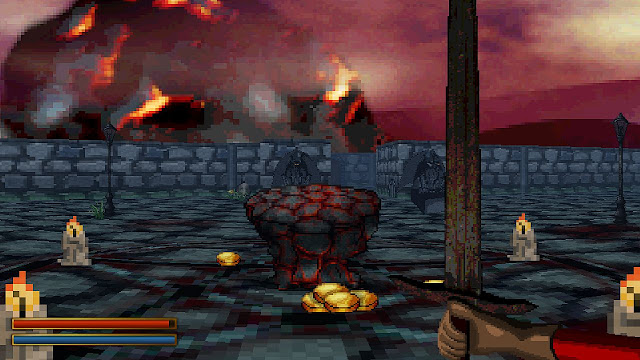 If you like playing dungeon crawlers that have the game play style of Ultimate Underworld, without the grid based movement of a classic EOB, then you might like playing this new game that we featured before while at a work in progress state, 'The Fire of Ardor Quest for the Soul Stone'; a game by cpfr that's classed as a single player dungeon crawler with RPG elements and realtime combat that's available to download right now as a full version for Windows and Linux.


As we said before : In this game you play a nameless hero who fights his way through a dungeon in order to acquire the soul stone that opens the dimension gate to the realm of the daemon lord Ardor. In order to obtain the soul stone, you will explore the doomed town, visit its last inhabitant Randuras, an old wizard and fight your way through the upper and lower dungeons of the silver mountain, using your rusty sword and fireball spells. The game features four different world sections, realtime combat with sword and fireball spells, seven different types of enemies, three different NPCs, and finally all made with raycasting ; a technique originally used by the first FPS games in the early '90s until hardware accelerated rendering was introduced.