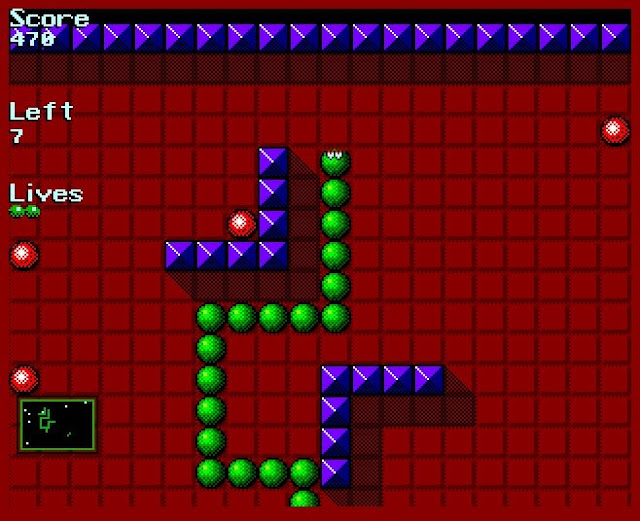 Snake originally came about in the mid 1970's and over the years has seen many different versions and variations on different systems. In fact it is that style of game we are going to mention today, as thanks to Rob letting us know via Facebook. We've been told you can now play the Amiga game ' Super Wormy The Worm-Like Snake '; a brand new game which the developer says from the Amiga Game Factory section on EAB, even though the game is not AGA, it only seems to work on 68020+ and likes 2MB Chip Ram.


The main Goal of Super Wormy is to gain a high enough score while controlling a snake like creature, moving around a square screen area collecting items while also avoiding your tail or other obstacles as it grows ever larger with each bite. And that's pretty much it in terms of gameplay however, but do be aware a version 1.1 may be on the way as currently it doesn't seem to be working right on real Amiga's only WinUAE.