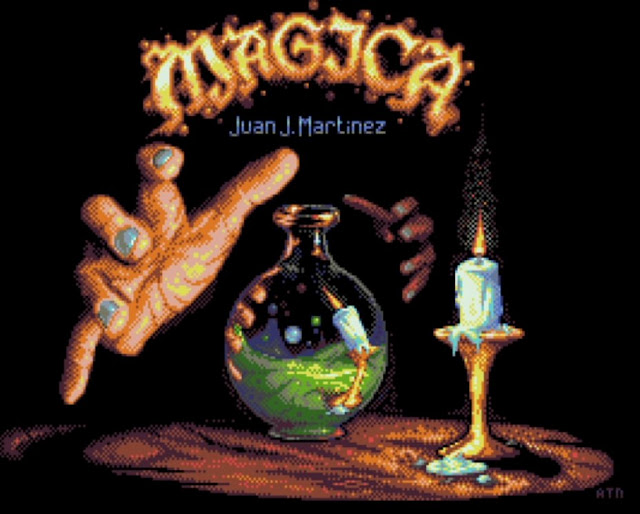 Reidrac ( Juan J Martinez ) who is one of our favorite homebrew developers on an 8bit system has appeared in our news feeds again, but this time instead of another 8bit homebrew, he has announced that his lovely game of 'Magica' which was available for the Amstrad, has now been released for the Amiga by Andy Noble. This game from the Amstrad description, is a multi level single screen arcade game, with similar stun and hit mechanics to that of other great games such as Bubble Bobble and Snow Bros, while also having the developers own unique blend of great graphics and fun for all gameplay. 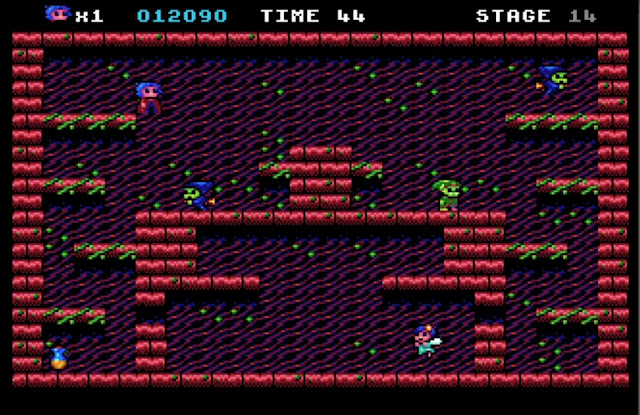 The idea behind the story relates to a sorceress that has to recover all the potions stolen from her laboratory by creatures sent from different worlds. These potions will be across many different dungeons and can only be recovered by stunning and bashing enemies back into their own world in a style to that other classic games. Also as an added interest apart from the different level lay outs, each enemy has different properties which you must take into account when you're fighting them.