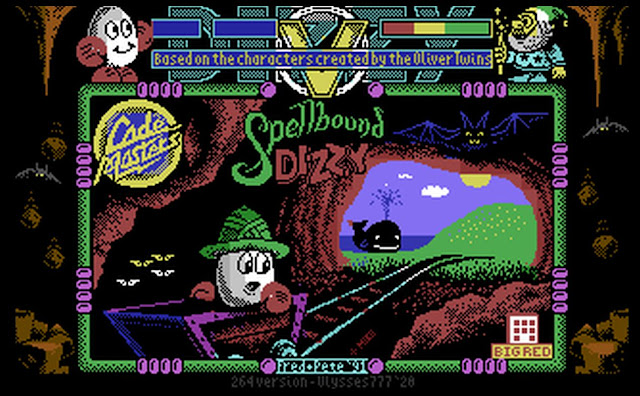 Dizzy games are a big hit on Indie Retro News as they are one of the greatest series of games ever to appear on retro based systems. Each game told its own story about the little egg called Dizzy and the happenings with all his yolk folk friends, it was like a cartoon series but in a game. With plenty of different areas, difficult puzzles to solve, uniquely designed backgrounds and colorful characters this was a game series set in the hearts of millions!

So why is this lovable character getting yet another mention on IRN; A game character created by the rather famous The Oliver Twins? Well here we are with yet another Dizzy release! As thanks to a heads up from a Dizzy fan, we have found out that Ulysses777 has released the latest Commodore Plus/4 conversion of that classic 90's Dizzy game 'Spellbound Dizzy'; a game which was originally developed by Big Red Software!