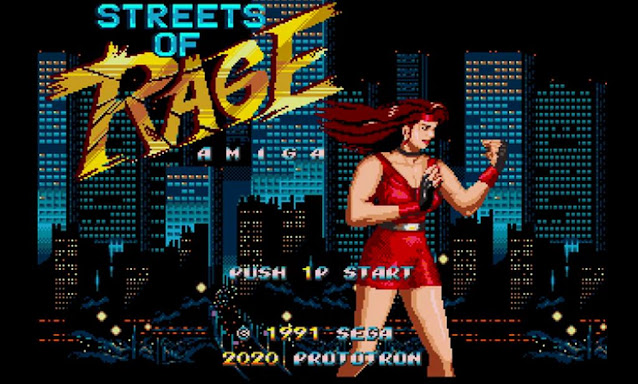 Could this Christmas get any better, oh yes it has! As we have just been informed via Saberman through Facebook, that you can now download the latest AMOS Demo of 'Streets of Rage Amiga'; a small demo of the incredible fighting brawler that was originally released back in 1991 that spawned multiple sequels including Streets of Rage 2, Streets of Rage 3 and yes even the modern variant of Streets of Rage 4.

First mentioned on the EAB forums back in July by Brick Nash, Streets of Rage Amiga was a test to see how far the creator could get using Amos Pro 2.0, as a conversion of the classic Sega game over to the Commodore Amiga system. For what was a demo that didn't feature any music, now features thanks to the hard work of Brick Nash, not just colour cycle effect for the neon display, but also the complete stage 1 track music created using Protracker and implanted into Streets of Rage. And that's just a small snippet of the design stage, but for further info check out the forums below and give it a download.