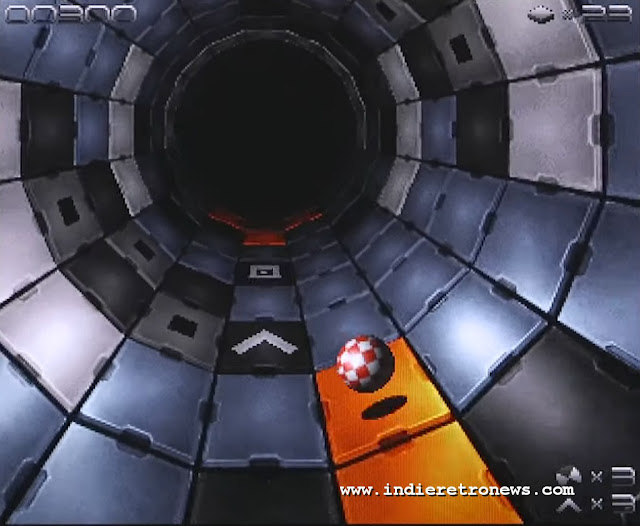 The Amiga scene just keeps on giving us the good stuff, as not only do we now know that Jump! is still coming to the Amiga, which is the Amiga AGA version of a game originally called Yoomp! But as of today a new gameplay teaser has been released below. Yoomp! 64 was released last year by RGCD and Psytronik Software on the C64, as port of the fantastic Atari XE/XL game. It featured gaming mechanics in which you need to bounce a ball through many different three-dimensional textured tubes, to collect as many points as you can while trying not to fall off the edge.

Although you can read a more detailed description through the forum link below just as before. The creator Kefir_Union has said there are a number of differences compared to the Atari version of Yoomp. As in Jump! there are 16 tiles on an axis game field, there are 10 deep tiles that are visible instead of 4 for better planning of moment, newly added special orange bonus fields, which change game for collecting points, and finally there are more special fields which may cause other fields to disappear.