Metal Dragon - A new game is coming to the Sega Megadrive/Genesis and it looks awesome! 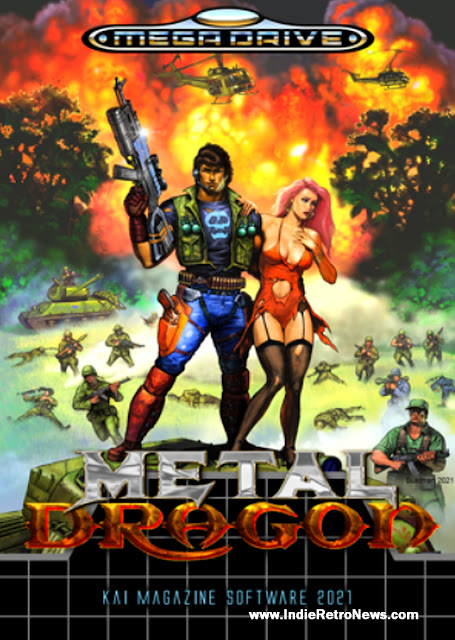 With it being Monday it's time to look at upcoming games for a weekly start, and sure enough we have a new game to share with you that I think many will be looking forward to especially if they have a Sega Megadrive or Sega Genesis, and that game is 'METAL DRAGON'; An awesome looking game that will be shipped by Kai Magazine, as a Commando Metal Gear mash up that is sure to excite many who love top down action blasters which hark back to the Arcades.

Kai Magazine has released some really great games through the years, with games mentioned on our site such as The Sorrow of Gadhlan' Thur and LIFE ON EARTH. Metal Dragon however which is available for pre-order with a hopeful mid-December to mid-January release, depending on when all the necessary materials arrive. Is not only a port of the MSX version, but is a parody of some warlike games from the 80's and 90's that we love, strong influences on Mercs, Desert Assault, Metal Gear and other games, and will feature power ups and plenty of enemies to defeat across a multitude of areas.