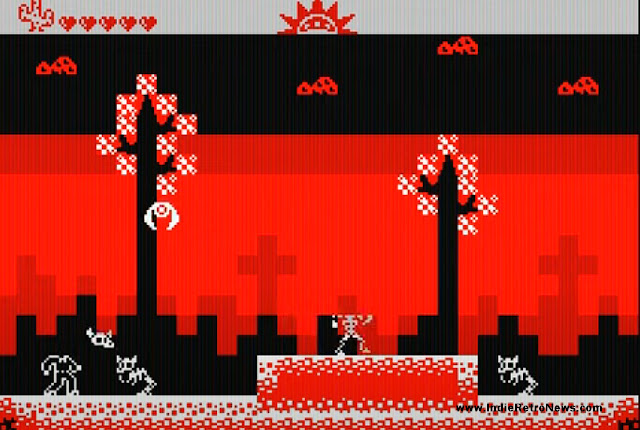 Even more retro gaming news has just appeared in our inbox, as if you have a ZX Spectrum at hand or an emulator installed, you might want to play this new game from Amaweks called ' Virgil's Purgatory'; a horror game that celebrates the Modern Art Week in Brazil which is set to take place next year and will be 100 years old. Do note however the game does have a more detailed write up in how it came to be, but it's incredibly confusing and I was rather lost at "Brazilian Modernists made it clear that it was necessary to "anthropophagize" the foreigner, "eat them", and thus give birth to the new"

According to the description for the game, Virgil's Purgatory ZX is a metroidvania platformer for the ZX Spectrum (planned for MSX too in 2022), which is available as a .tap rom file, and is based on the 2016 PC version, while having a lot of differences in graphics and level design. The game not only features about 30 minutes of full speed run gameplay, but there's 44 unique screens, lots of different enemies, a throwing your skull game mechanic, Metroidvania(some hate this word) gameplay with platform and action elements, and is inspired by Dante's Alighieri "Divine Comedy" Brazilian northeast folk literature.