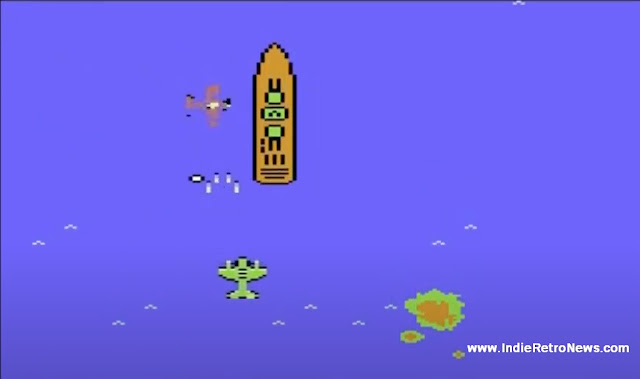 In 1984 a great shoot 'em up was released for the Arcade by Capcom and that game was 1942. A game in which you shoot down enemy planes, avoided being shot out of the sky and performed awesome rolls while collecting power ups. One of the more unusual power ups was being escorted by two other planes in formation that gave you the edge. It was an awesome game and still is today, but thanks huffelduff we have a brand new SEUCK game on the C64 that is inspired by 1942/3 and is called 'Mediterranean Air War'.

If you've ever played that classic game then you know what to expect with this one, fly your plane above the landscape and shoot down all the other enemy planes that come your way. Be warned however Mediterranean Air War is a difficult game to play! The enemies will come at you in all directions and sometimes on mass, and what makes it even harder is the limitation of a one hit and you're dead.. Still for a small project that the developer says "does not stack up to the maximum capabilities of either the Commodore 64 or even a modified SEUCK for that matter", it's not half bad!