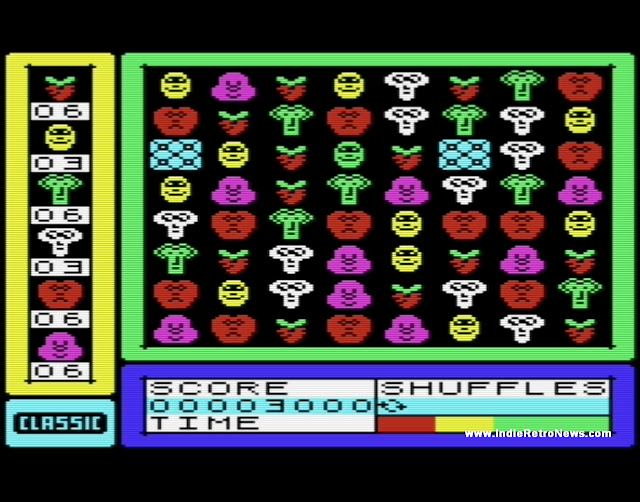 Some more great retro gaming news for you all, as we've just been given the heads up through our Facebook group, that Mike Richmond's Vegetables Deluxe; game that was released for the Amiga, C64 and ZX Spectrum, has now been released as a port for the VIC 20 by Arlasoft. Yes indeed if you've heard of this game before, that's because it was originally developed by Mike Richmond for the RGCD 16k Competition 2019, and later released through Double Sided Games for the C64 as an overhauled deluxe. 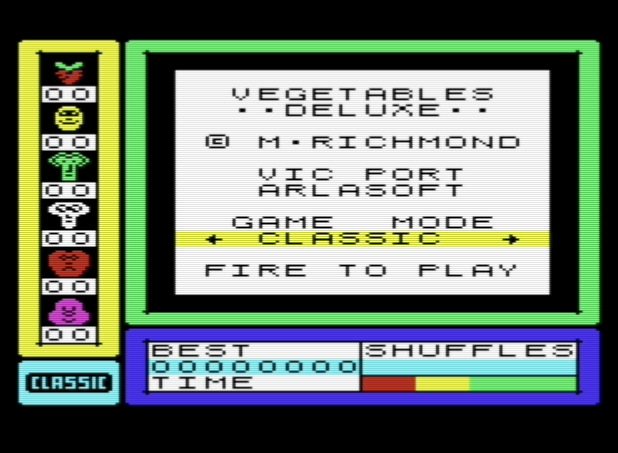 Vegetables by Mike Richmond and ported by Arlasoft, is an addictive Match 3 puzzle game originally written for the RGCD 16k Competition 2019 for the C64 with an objective to basically to swap adjacent shapes to form lines of three or more in a row, with each successful swap giving you an ever higher score! In terms of the deluxe version however, which is likely to keep the enjoyable gameplay intact, it was converted over a year ago with the aim of a physical release, however as that has stalled they have decided to release it for free with donations for Arlasoft and Mike.

Links :1) Source - Thanks for the heads up Saberman