Progrium Games & Phubansoft have just released a free, limited-time Alpha version of their new game called The Indie Game Legend 3D. Available for both Windows and Mac OSX, the final version is expected to be released on Steam in early 2019 for ~$10.00.


Independent game developers from around the world have been kidnapped and it's up to you to save them. Explore nine thematically diverse sectors filled with enemies, traps, and puzzles. Blast your way to the end, taking down unrelenting bosses, and rescuing captive indies. 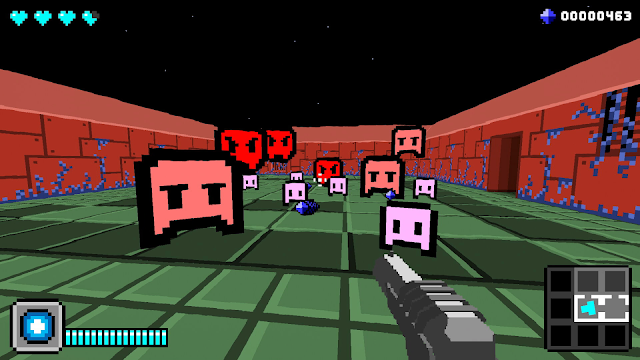 This NES inspired shooter-vania brings you retro arena shooter gameplay in first person. Loosely an homage to cult classic The Guardian Legend, but taking inspiration from several classics, this game will give you retro feels in aesthetics and gameplay. 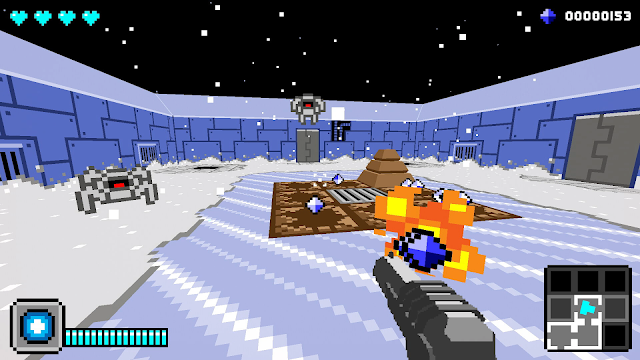 Jeff Lindsay was a hobbyist game developer from an early age. After high school he started running TIGSource with Derek Yu and put up what is now the largest online forum for the indie game scene. Professionally, he made an impact in the web and systems software fields, working at NASA and Twilio, and independently helped bring Docker, webhooks, and a number of other influential tools into the world. Other than occasional prototypes, Jeff became fairly inactive in games.

After a decade working in tech, Jeff came back to indie games. His first freeware release was Visitor Center in 2017, a love letter to the 1993 SNES Jurassic Park game. Looking for a bigger challenge next, he took on The Indie Game Legend 3D in collaboration with Paul Hubans as his first commercial game project.

For most of his life, Paul Hubans has been designing games. He started with NES-inspired drawings of his game ideas in the late 80s. By highschool he was hacking NES ROMs using tile editing tools and HEX editors. In the early 2000s, Paul started making his own fully playable games in Game Maker. The most notable of these was his horror top-down multiplayer shooter, MADHOUSE.

In the mid 2000s, Paul worked for SEGA of America doing QA on titles like Full Auto and Shadow the Hedgehog. He went on to work at 2D Boy as a production associate on their indie smash hit, World of Goo. Paul's experience with 8-bit pixel art that dated back to highschool landed him a job as background artist on Capcom's 2011 DSI title, Dark Void Zero. 2011 was also the year that Paul made and released the original 2D version of The Indie Game Legend. Two years later he released Spunk & Moxie, a one-button masocore platformer on mobile. Today, he is working on Mossmouth's UFO 50 project and The Indie Game Legend 3D.