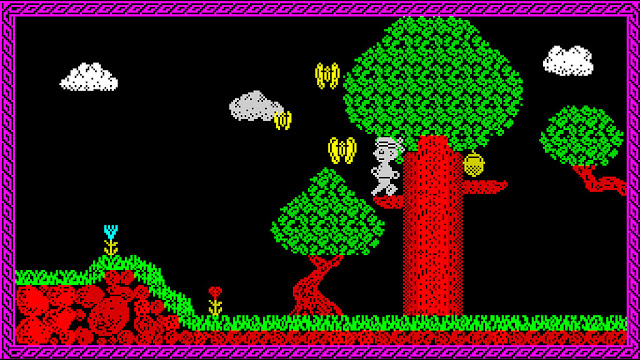 Earlier today we were contacted by Auld Games that their ZX Spectrum inspired title of 'Captain MaCaw', had finally made an appearance on Steam. This game announced previously by us last week, is heavily inspired by ZX Spectrum classics such as Dizzy and Seymour, while having its own story of pirates, a lost island and a journey of item collection, puzzle solving and platforming antics.


If you're looking to play a ZX Spectrum game but don't have the means or know how to run an emulator or original hardware, then Captain MaCaw might suit you perfectly. Sure it's not an original speccy game, but that doesn't matter. As this game developed by Auld Games, is not only charming featuring retro aesthetics, but it's great fun to play, has a lovely retro styled soundtrack, and it will challenge you but not frustrate you with logical puzzles. So yes give it a go, and good luck getting off that accursed island!