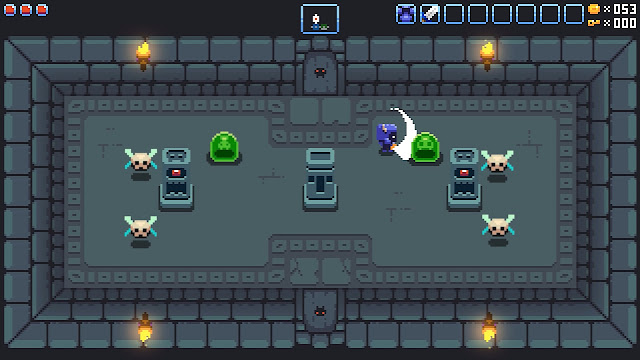 If like me, you're a huge fan of Zelda ( we've featured enough Fan games ), then you'll be happy to know that thanks to a heads up by the creator, he has told us that Muzt Die Studios has released the Zelda lite adventure game of ' Knightin'+ ' on Steam. As noted by the Steam description : Knightin'+ is a classic adventure game made by one person and is inspired by the amazing masterpieces from the 90s.

Join brave sir Lootalot on his epic quest in this little Zelda-lite adventure. Explore and fight your way through the dangerous dungeons filled with traps, puzzles and magical artifacts. And, of course, show the evil bosses who is the real boss here. The game features classic adventure gameplay with lots of dungeons, monsters, puzzles and great loot, new abilities, a tongue in cheek story, stylish pixel art graphics and a lovely catchy soundtrack.