Tapper - Arcade beer drinking classic appears on the Amiga as an early test! 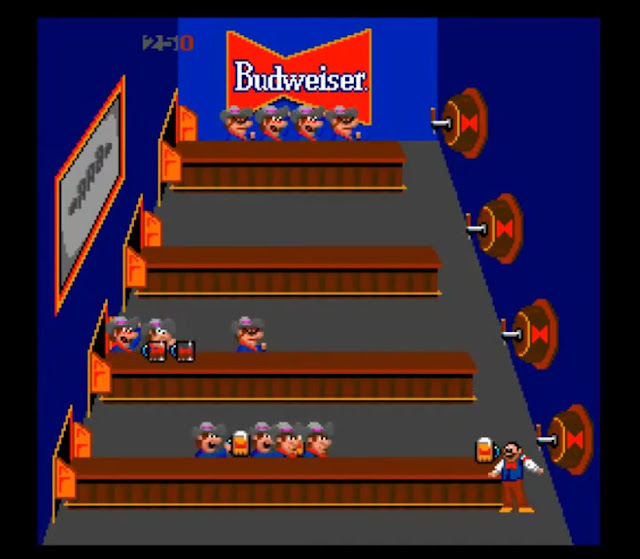 One game that many people remember so fondly that's all about serving patrons in a pub, was that classic game 'Tapper'; a game by Marvin Glass and Associates released by Bally Midway, all those years ago in the Arcades in 1983. In fact this game also appeared on the Atari 2600, Atari 8bit, Amstrad CPC, BBC MICRO, C64, MSX and yes even the ZX Spectrum. So why is this fine Arcade game getting a mention on IRN? Well it has now appeared on the Amiga as an early development test by OLD BOB!


Yes indeed thanks to a heads up by both Saberman and Per Ola, we've been told Tapper has now been converted over to the Commodore Amiga requiring only an Amiga OCS with 1mb Chip Ram. As for the game play which I'm sure most of you know about already, Tapper puts the player in the boots of a bartender who must serve eager, thirsty patrons (before their patience expires) while collecting empty mugs and tips!