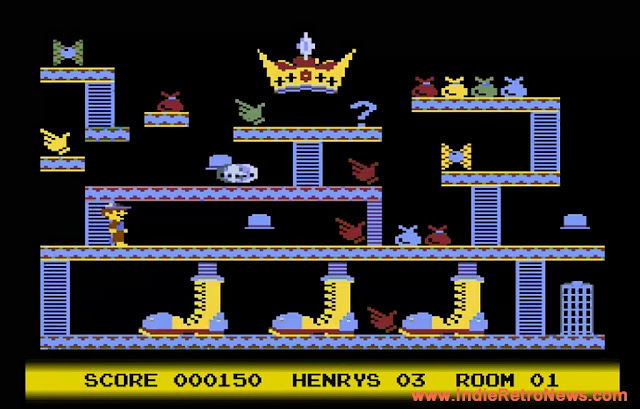 The Amiga gets another mention for Monday, as trawling through the Amiga Facebook group, Marecheck has announced that Henry's House has been converted over to the Amiga as the first release prior to other upcoming 8bit to 16bit conversions by 8bit2amiga. For those of you who haven't heard of the game before, Henry's House is an eight level platform game which was originally released on the C64 and then ported to Atari 8-bit machines.

In this this brand new Amiga conversion, which was originally developed by Chris Murray, you play as Little Henry who has shrunk to only six inches tall after playing around in his Father's laboratory and locking himself in the clothes cupboard. Your task as Little Henry, is to get back to full size by collecting all the objects in each level, picking up the key that appears and then heading for the exit while avoiding enemies such as gnashing teeth!