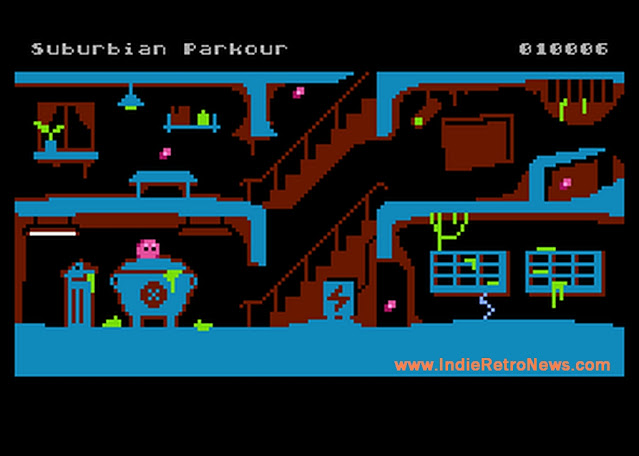 Thanks to Saberman giving us the shout out, we've have just found out some very special news for any Atari XL/XE owner. As if you followed our recent article regarding the rather cool looking in development game of 'FloB', then as of today you can download it via the link below. For those of you who didn't follow our previous write up, FloB is an Arcade Adventure game developed over the last 9 months, which promises 6 large, hand-drawn maps to visit, each of which consists of over 20 rooms differing in mood, puzzles and level of difficulty.

As we said before : not only are there are 6 large, hand-drawn maps to visit in the game, each of which consists of over 20 rooms and has a separate music track, but there are hidden rooms, 84 achievements to unlock during the game, progress able saves, several hours worth of entertainment, and all of this in a game whereby you play as a tiny invented pink blob that loses energy very quickly that must constantly replenish by collecting drops of pink slime.