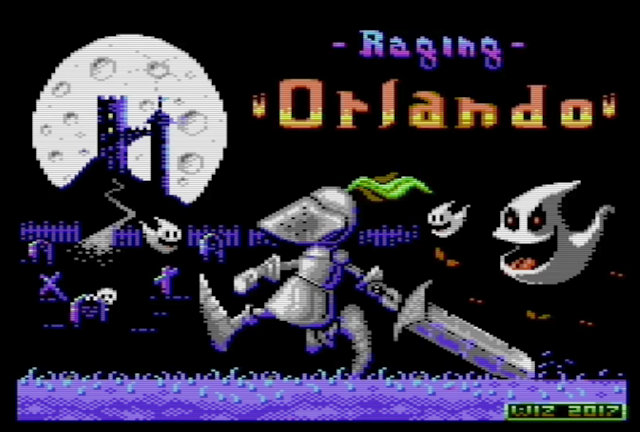 Checking the latest updates through our own Game Dev :RetroGaming Facebook group, we've just come across a game by Warlock Entertainment that is sure to excite many in the C64 community. Titled as ' Raging Orlando ' , this high quality game that is still at work in progress in state. Looks to feature not just high quality graphics, but great animation and superb gameplay! To coincide with the update, the developers have also released the first teaser footage.


Now we are not sure of the story yet or what the goals are in the game, but from the look of the trailer you play as a mighty sword wielding knight and must battle menacing foes in each screen through multiple themed areas before the time limit runs out. So take a look at the trailer and admire all the work that is going into this great looking C64 game before its eventual release.