Silk - A tribute to Mike Singletons groundbreaking 1984 game The Lords of Midnight! 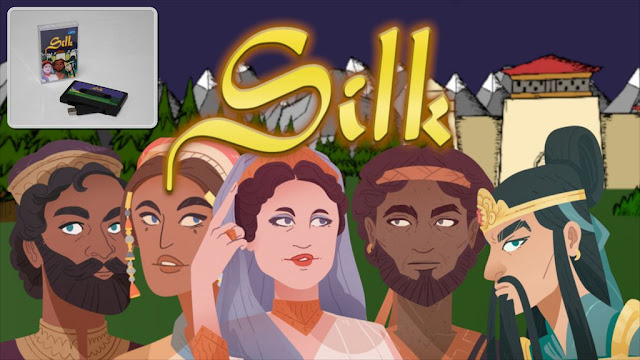 Many years ago when the 8-bit ruled the era, there was a game called Lords of Midnight by Mike Singleton that took the world by storm. A game that featured a ground breaking technique called landscaping to depict the lands of Midnight from a first-person perspective. It was such a grand game that even today there's a huge fan base, and as such ihobo games has launched a Kickstarter for their Lords of Midnight inspired game ' Silk '.


However unlike Lords of Midnight, the developers have stated that Silk, which is set along the Ancient Silk Road in 200AD. Will have you traverse across sun parched lands whereby you must rise to glory by running your caravan from the Roman Empire to war-torn Three Kingdoms China, defending yourself from all the untold dangers that befit the era. So yes bandits, sandstorms and even rebellions may put a stop to your hopeful glory!

So why should you back this Kickstarter? Well it's not just because it's inspired by a truely amazing game and feel like a grand adventure, but even the engine has an identical design to the original ‘landscaping engine’, while using 2D assets rendered in Unity to create a more vibrant feeling wilderness with retro roots and a contemporary lo-fi vibe!

So yes very much worth backing, so if you want to know more head on over to the Kickstarter link below and help the creators hit that £15,000 goal!