LEAP! - A glorious Bounder tribute gets another teaser for the C64 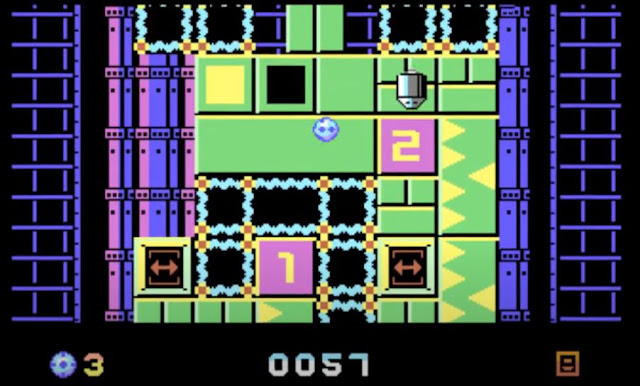 A lot of people who had an Amstrad CPC, Amstrad PCW, ZX Spectrum, MSX or Commodore 64 remember playing the game Bounder; a game released in 1985 by Gremlin Graphics in which the player navigates a variety of courses as a bouncing tennis ball. In fact one such person by the name of Massi L'arrotino remembers it so fondly, because as of today we've been given a new teaser update to his upcoming tribute game called 'LEAP!'; a new game which is coming to a C64 near you soon!

According to the creator of this fine looking game, LEAP! is the very first attempt at making something for the good old breadbin. A Bounder clone-tribute with tweaked physics and modernized gameplay (no deadly respawns like in the original), that is currently being shown above as the very latest alpha footage.