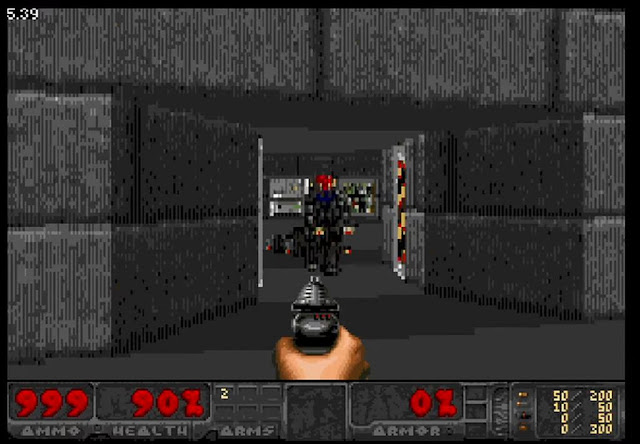 The Amiga news still isn't done with us yet, as after featuring games such as Scourge of the Underkind, and Super Metal Hero, here comes another Doom clone announcement update to keep you company. If you remember our previous article regarding the work in progress project by KK/Altair to bring Dread to the Amiga 500, which is a clone of DOOM. Then as of these last few months the creator has done another video tease but this time showing us The Intro, Menu and More.

Doom is an FPS game made by id Software and originally released in 1993 for DOS. It was ported the following year for the Jaguar, Linux, PC-98 and the Sega 32X. It was again ported in 1995 for the 3DO and Windows (aka Doom95). In 1996, it was ported for the SNES/Super Nintendo and in 2001, it was ported for the Gameboy Advance. As for the Amiga it was of course never released for this system, but going by the video above, we may see the best Doom clone yet!