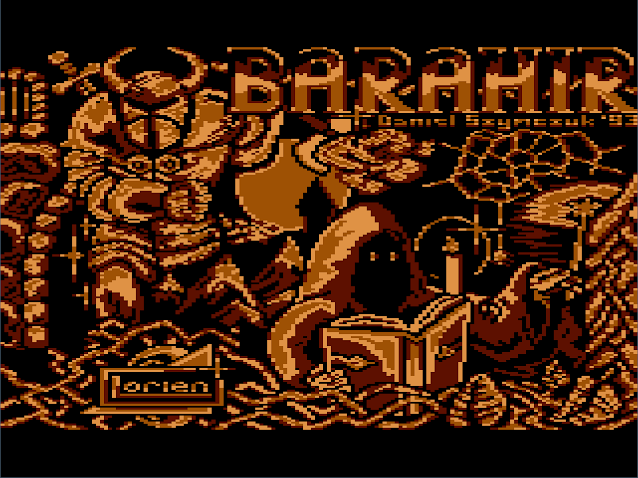 If you don't have a Sega Master System at hand but still want to play the latest in retro adventuring, then how about this new game released by BrocantyGames it's 'Barahir's Adventure Askar's Castle'; a game that was originally released way back in 1993 for the Atari 8-bit that has now been remade in English with multiple graphical styles for both Windows and Linux!

As noted by the description: Barahir is an adventure game; as warrior Barahir you have to sneak into a fortress where your friend, wizard Daeron, is imprisoned, and free him. The game features a point & click interface, has a permanent inventory box, an energy indicator and a menu button at the bottom of the screen, can be played in 40 different palettes, which you can switch between at anytime while playing the game, and during the game you'll also encounter castle guards which you can interact with (talk/bribe/fight)