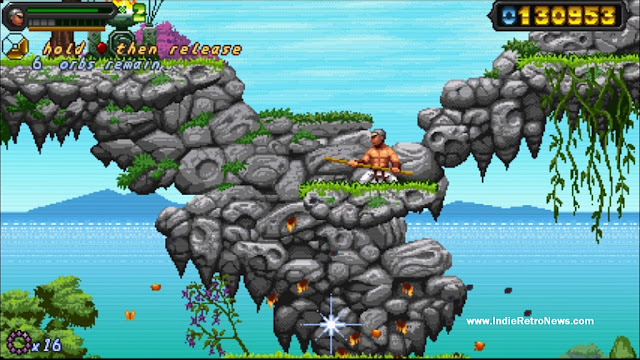 Move over Way of the Exploding Fist as a new game is fighting to take your belt. Titled as Okinawa Rush and developed by David Miller, Steve Miller and Gary Angelone, this is a seriously cool ninja beat em up based platformer, that is in development for PC(Windows) with a release due Oct 21st. In this game you play as the experienced martial artist Hiro Yashima, who has honed his skills to a supernatural level. But after coming across his murdered wife, and kidnapped children by the evil ninja's known as the Black Mantis clan who were looking for the legendary training scroll, he must find them and seek vengeance!

Take on the role of the martial arts master Hiro, Meilin, or Shin as they face off in a desperate fight for their lives against the Black Mantis clan. DOUBLE THE MAYHEM: Bring a friend and battle against ninjas, demons, and more in the 2-player local co-op mode of this action-adventure platformer. The game features a custom made fighting engine with unique moves for each character, multiple weapon types, an engaging story with crafted pixel art, many different enemies and fighting styles, intense boss battles and much much more. So download the demo today and look forward to a release towards the end of October!