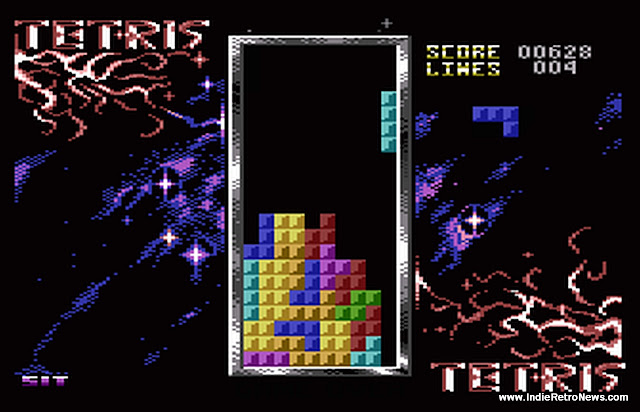 Oh joy of joys, if you loved the 1984 game of Tetris or the 1989 game of Columns , you'll be pleased to know a brand new puzzle overhaul of Tetris by Csabo and KiCHY has been released for the C16 and Plus/4 as Tetris 2k21. This excellent game that was originally released by Vortex Team back in 1990 is not only an improved version of the original with NES Tetris rules, but it features a brand new game code, new graphics (thanks to KiCHY), full SID support, and most everything else has been replaced!

One of the most popular games of all time was a tile-matching, block rotating puzzle video game first released in 1984 which became a huge hit on the Gameboy in 1989.  It just had to be the classic 'Tetris'; a game that caused many people to spend hours playing to the point of addiction. Although we've had numerous clones over the years some of them good and some of them rather bad, today's Tetris 2k21 is another version of Tetris that's equally enjoyable for the C16 and Plus/4.