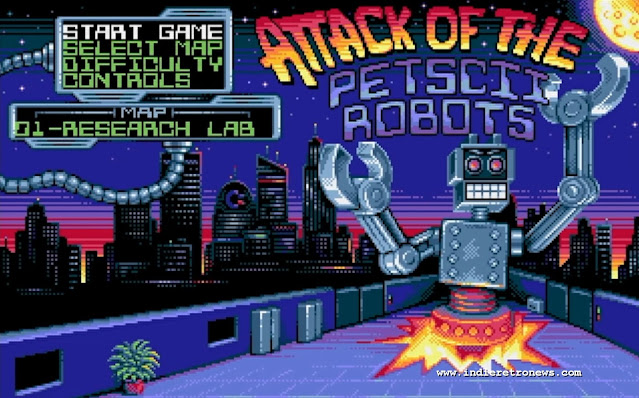 Something slightly different for your evening entertainment, as we have recently been contacted through Facebook, to tell you that the same creator of PLANET X3, who we know as David Murray/The 8bit guy, has not only made available the Action Adventure game of 'Petscii Robots' for the Atari XL/XE, Atari, Applie II, C64, C128, Plus/4, and VIC 20. But a NES version of the game is in development, as well as a brand new port for the Commodore Amiga by Vesa Halttunen. To coincide with this news, you can view some new footage of the different versions of the game below.

Sometime in the future, robots attempt to take over human settlements on various planets. Your goal is to infiltrate these settlements and destroy all of the robots. To do this, you’ll need to locate weapons and other tools. The game is available as a digital download and will be delivered immediately for the versions mentioned above, but for those of you wanting to play the Amiga and NES versions will have to wait for a future release!