Starquake for the Commodore Amiga - Ltd Edition available for order! 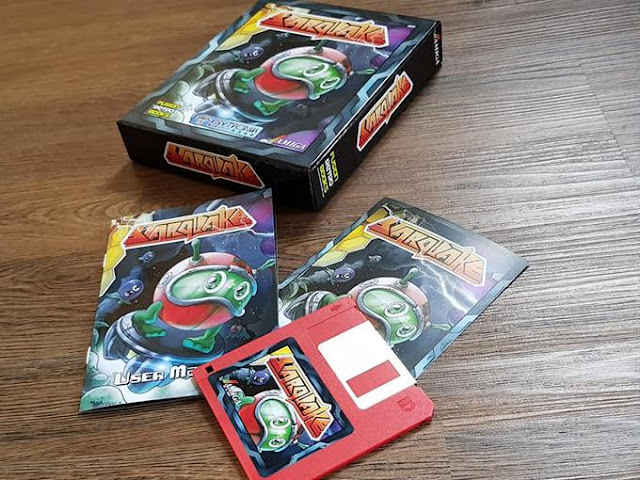 In 2016 we were the first to announce another of Chris Wilkins Kickstarters regarding The story of the Commodore Amiga in pixels, which as always was a resounding success hitting a very respectable £60,890 goal. Well fast forward to this week however and although this article isn't so much about the book, but it does relate to one of the perks. As the Atari ST version of Starquake is finally going to appear in your hands as port for the Commodore Amiga! 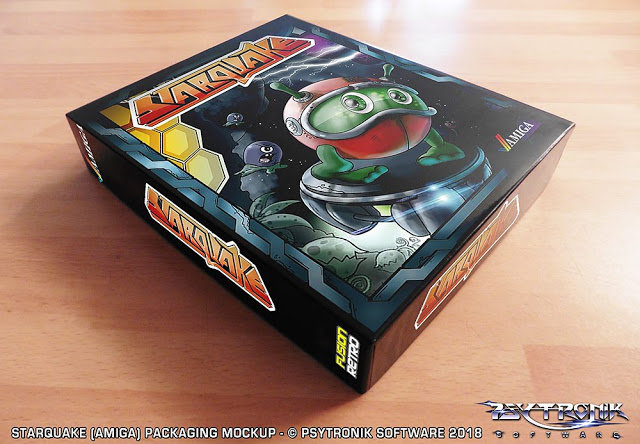 Thanks to a heads up by Chris Wilkins of Fusion Retro Books, he has shown us the full packaging of the game in all its splendour as a Ltd Edition with Steve Crow signed card. Furthermore it also looks like it may well be published through Psytronik Software, one of our favourite publishers of C64 games such as Argos. For those of you who haven't heard of the port of Starquake however, from we know it was developed by Galahad, with blessing and endorsement by the original rights owner Steve Crow. A game that never appeared on the Amiga but did the C64, ZX Spectrum and Atari ST.

( Any further details will be added when we know more )