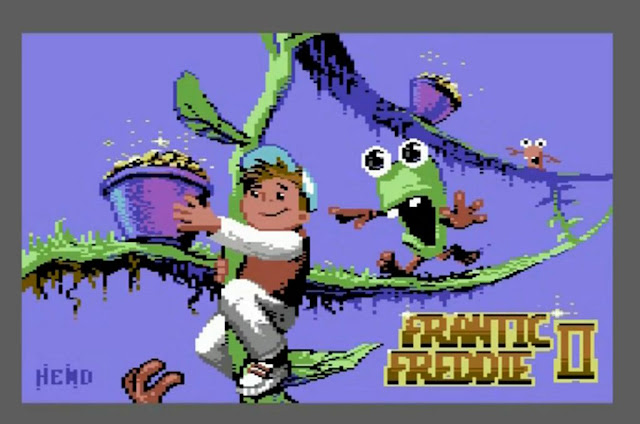 With so much being released on the C64 last week, you'd think the scene would take a break for a little while, sitting down having a cool drink on a warm day going " Ahhh time to relax " but not so! As on arrival back to writing, we were informed over the weekend of a release called ' Frantic Freddie II ' for the C64; a game coded by Oziphantom, music by nm156 and graphics by Graham Axten, Hend and nm156.


It's incredible to think that Frantic Freddie was released all those year ago as a platform game released in 1983 for the C64 written by Kris Hatlelid and Gregor Larson and published by Commercial Data Systems. This unofficial sequel by a talented team of people, takes the best bits of that classic game, while adding fresh new levels, higher difficulty challenges, lots of gold to find, enemies to avoid, and a wicked soundtrack remix 'You Really Got Me' with 'The Kinks'!