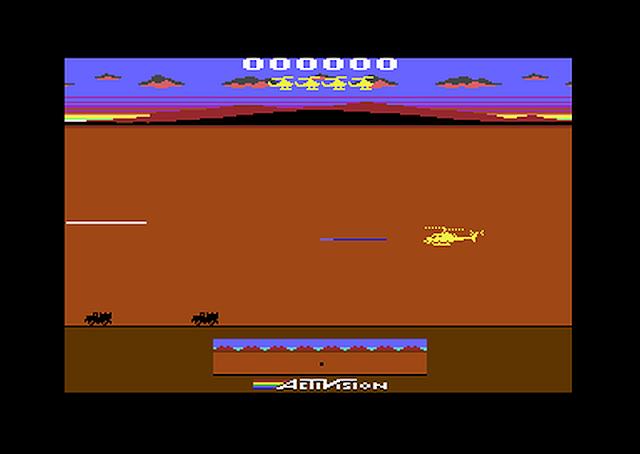 Indie Retro News have been given the heads up that Chopper Command is currently in the process of being released, and will be available to download this evening.  Final bug testing was completed this week after we helped Beta test the game live on Twitch.  It was streamed on my twitch channel at hayesmaker64 and together with eagle eyed viewers we spotted a number of small descrepencies between the Atari 2600 original and the C64.


The game is completely free and also open source (available soon on Github).  Coded by Antonio Savona (P0 Snake, Planet Golf, L'abbaye Des Morts) and graphics by the awesome Steven Day, stonking title screen music by Saul Cross and Sfx by Flemming Martins.  The object of the game is to accumulate as many points as possible by knocking out enemy aircraft, while protecting yourself and your truck convoys at the same time.

Now you have the guts - And you'll soon have the game! 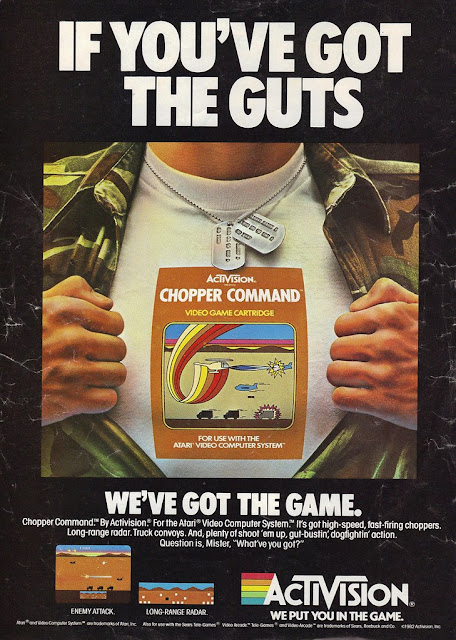 The Final version will be released later on CSDB - so keep an eye out there or on this post or your usual social media feeds for updates.