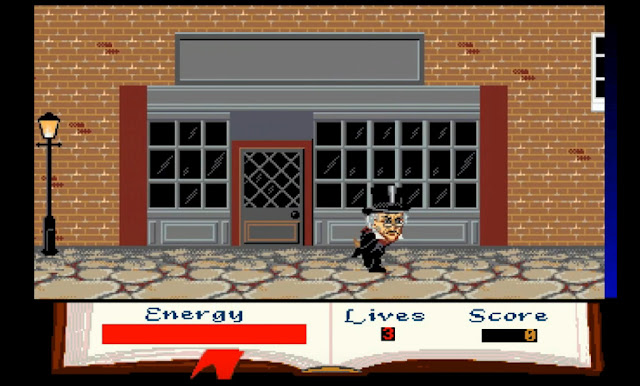 Iron Gate is certainly no slouch when it comes to making Amiga games, games such as The Zing, The Real Brus Lii and Mini Legión to name but a few. This time however Iron Gate is going all festive as recently they released their Amiga Christmas game ' A Christmas Carol' , which was developed by José A. Gonzáles (Jojo 073) with music by Cueik. Now I know some of you are very vocal when it comes to Iron Gate games, but hey atleast it's Christmas!


In this game you play as the main character Scrooge and with your hate of all that is jolly, must put a stop to anyone in the game that wishes to do you harm throughout the stories found from the original hit classics. You will come across different enemies in the game and items to collect, and you must be careful not to get hit as it will take down your energy bar to the point of a life lost. The game features a lovely soundtrack, nicely detailed areas and characters, but does yet again suffer from being developed using Back bone, which as many of you have protested against multiple times on this site.