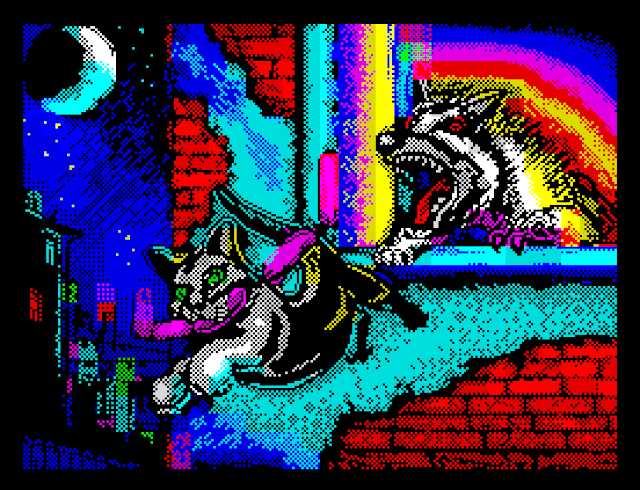 It's time for even more ZX Spectrum news as we have just been told that Jordi has released an alpha update to his in-development Alley Cat Demake, which is coming to the ZX Spectrum via the ZX-Dev MIA remake competition. This game was originally released on the Atari 8bit in 1983 and MS-DOS in 1984 by Bill Williams and published by Synapse Software, and puts you in control of Freddy the Cat on a challenging mission to rescue his Cat love, Felicia. 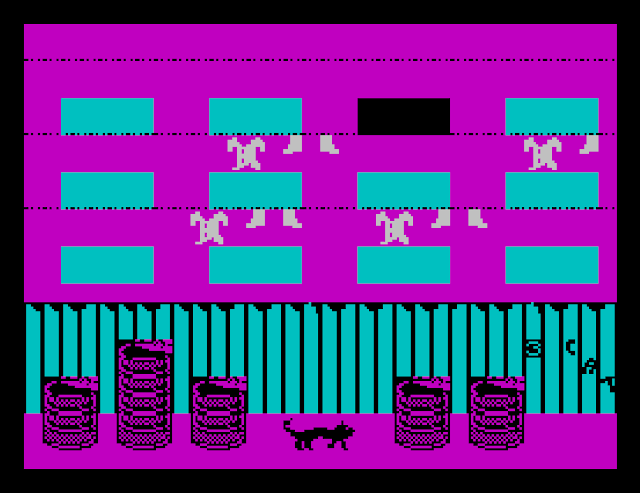 For those of you who didn't follow our previous write up, this game was actually coming to the ZX Spectrum as a port by Destr some time ago, with as much of the original gameplay intact. Sadly that conversion became MIA and it was down to Jordi to take the reigns and give us that much needed conversion/demake which was announced via the ZX-Dev MIA remake competition.

Now when we first mentioned this game it was pretty much just a place holder and we wasn't sure how far development would go and if it would end up as dead as the other version we mentioned previously. Well there's great news this week, as checking the forums Jordi had not only updated the game to make it playable, but it looks fantastic, plays fantastic, there's an ending AND it has a fantastic soundtrack added to the levels as well!

So basically this is looking like a real winner for the ZX DEV compo!