DreadStar: The Quest for Revenge - A retro-styled top-down shooter with RPG elements coming to Steam 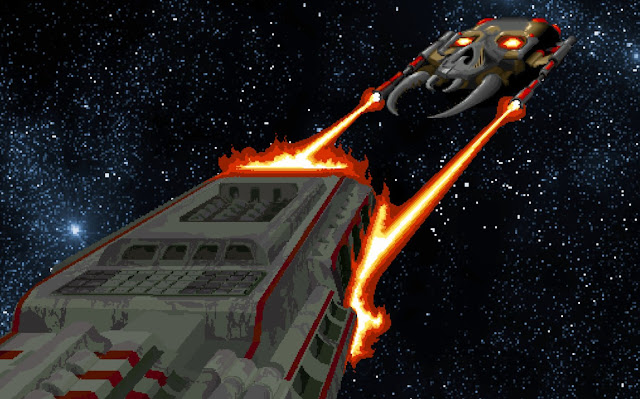 Shoot em ups have never gone out of fashion, there's something to be said about blasting waves of enemies on screen, while collecting wicked power ups and listening to that thumping soundtrack. Thankfully one such developer likes to keep the shoot em up goodness flowing, as thanks to a heads up in our Facebook Shoot Em Ups : RetroGaming group. We've been told by the developer Augmented Irreality, that they are working on a very cool looking vertical shoot em up called Dreadstar: The Quest for Revenge.


Although it's still being developed and hasn't yet launched on Steam, the game is a fast paced shoot em up and based more on killing enemies than escaping thousands of bullets with inspirations such as Raiden, Donpachi and other "older" shoot'em'up games that did not have tiny hit boxes. DreadStar when it's released, will feature 10 different weapons and 4 different ships, tons of customisation, 6 replayable levels with unique enemies, big bosses and mid bosses, 3 difficulty settings, RPG elements such as being able to level up, and finally pixel art cutscenes and chiptunes music made on the Atari-ST and ZX Spectrum!